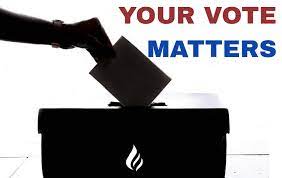 In preparation for the December 6 general elections candidates head to the designated nomination centers to present their nomination papers and Statutory Declarations.

Returning Officers and Election Clerks will begin receiving nominations at 9am until 4pm, for seven hours continuously. If at the end of seven hours, there is only one candidate duly nominated, the returning officer will immediately declare that candidate to be duly elected. If more than one candidate is duly nominated, the Returning Officer will adjourn the poll to the date stated in the writ, December 6th, 2022.

Every candidate must be nominated by no less than six (6) electors registered in the same constituency for which he/she is seeking election and must consent in writing to the nomination in Form 12.

The nominations will take place at one location in each constituency.