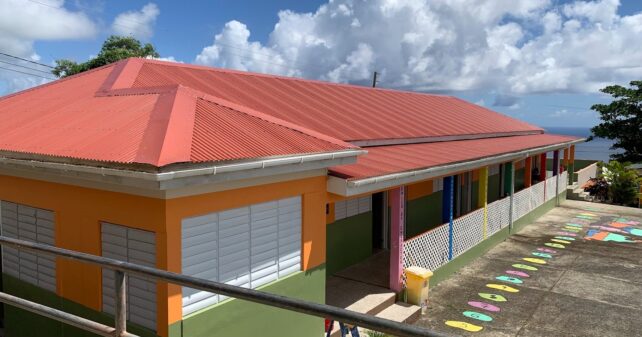 Parliamentary Representative for the Grand Fond Constituency, Gretta Roberts says the government’s investment of over one million dollars towards the Morne Jaune Primary would minimize the school’s vulnerability and act as an extra place of refuge for residents during disasters.

According to Roberts, the school has traditionally been utilized to lodge villagers during hurricane season, and given the nature of the disaster-prone location, the government has invested in creating resilient housing over the past two years.