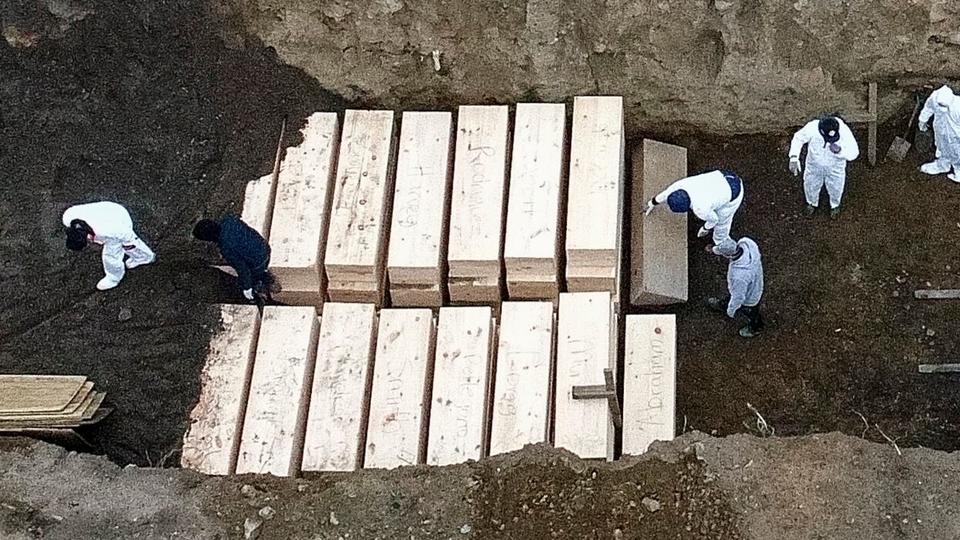 New York City has begun to bury its mounting dead Hart Island, and according to a City Hall spokeswoman, they have little choice.

Mayor Bill de Blasio said earlier this week the city was considering temporary burial of the pandemic’s dead on Hart Island, but shied away from making a firm commitment.

Riker’s Island inmates have traditionally been given the grim duty of burying the city’s anonymous and unclaimed dead, with an average of about 25 interments per week.

But in recent days, burials have been performed by private contractors instead of prisoners — and have increased from once a week to five days a week, officials said.