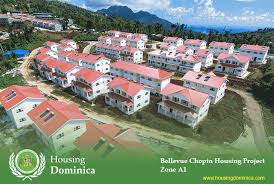 A number of public works have been completed and are ongoing in the East and South Eastern Communities of Dominica.

Public Works Minister Dr. Joh Collin Mc Intyre on Sunday outlined a number of projects underway in the area during an address at the launch of DLP candidate Gretta Roberts.

Mc Intyre says among the projects are continuing road and bridge works. He said one hundred and fifteen million dollars was approved for a new roadway stretching from Pond Case to Hatton Garden through the Kalinago Territory.

Meantime Prime Miister Roosevelt Skerrit announced that a number of initiatives, including road rehabilitation works, an aqua-ponics farm and a large scale lighting project are in the works for Dominica.

Mr. Skerrit told the Grand Fond event these are expected to come on stream soon.

UWP TO TAKE ITS ELECTION CAMPAIGN UP A NOTCH