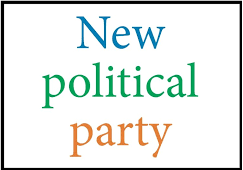 And Dominican pollster, political scientist Alex Bruno seems to be a key figure in the new movement.

The Dominica News Online reported on Monday the new party will be called the Alternative Peoples Party (APP) and is due to be launched by mid-May, with Portsmouth as its base.

The DNO report quotes Bruno as saying “If there is a meaningful and well-intended political movement which focuses on the overall good of our youth – today’s leaders – women and the wider citizenry of the nature isle, he would – without hesitation – be involved.

He added that there was need to repair the Dominican electoral system and also urgent need for a broad level opposition coalition that would better respond to the challenges faced by the current, seemingly lone opposition voice – the United Workers Party.

Alex Bruno featured prominently during the last political campaign, conducting two polls which predicted that the UWP would have defeated the Roosevelt Skerrit led DLP at the December 6 elections.

Instead, the DLP trounced the UWP with a resounding 18-3 defeat.

The new, alternative party is said to already have in place a female president and has attracted several young Dominicans to its fold.

Kairi News will monitor this movement and keep you updated.