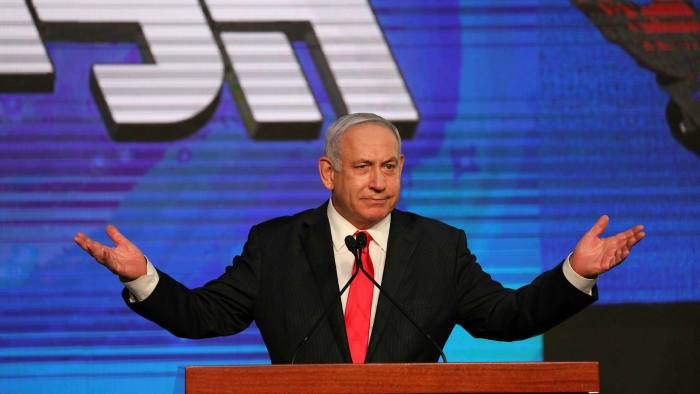 Prime Minister Benjamin Netanyahu has claimed a “huge win” for the right in Israel’s fourth election in two years, though exit polls suggest he may fail to secure a majority in parliament.

Mr. Netanyahu’s Likud party and its allies are projected to get 53 or 54 seats in the 120-seat Knesset.

Parties opposed to the prime minister staying in office look set to win 59.

It is forecast to win seven or eight seats and has not explicitly declared which side it will support.

Israel’s Central Elections Committee does not expect all of the votes to be counted before Wednesday afternoon due to coronavirus-related restrictions.

Biden calls for a ban on assault weapons