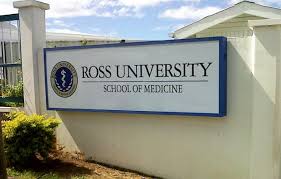 Dominica’s should soon see a resumption of activity at the former Ross University Campus in Picard Portsmouth.

Prime Minister Roosevelt Skerrit recently announced that his Government had entered into an agreement with a new investor to take over operations there.

In a new statement to reporters, Prime Minister Skerrit revealed that negotiations are ongoing and a formal announcement should be made soon.

“We are making progress with our developer,” the Prime Minister said, “…And we are keeping out fingers crossed that everything will go well… Certainly we will see the resumption of a school on the campus at Picard. We’ve signed an agreement, we should finalize the lease agreement in the next week or so. The investor is working on the licenses required, and once those things are all settled then I’ll be in a position to address the nation on this.”

He expressed happiness about the numerous apartment landlords in Portsmouth  who would benefit from the return of a school in the area.

Mr. Skerrit says the new school will offer other courses in addition to medical sciences. The various courses should mean an increase  in student numbers, according to the Prime Minster.

He said the coming school has already employed staff, but he will reserve final statements until matters are finalized.