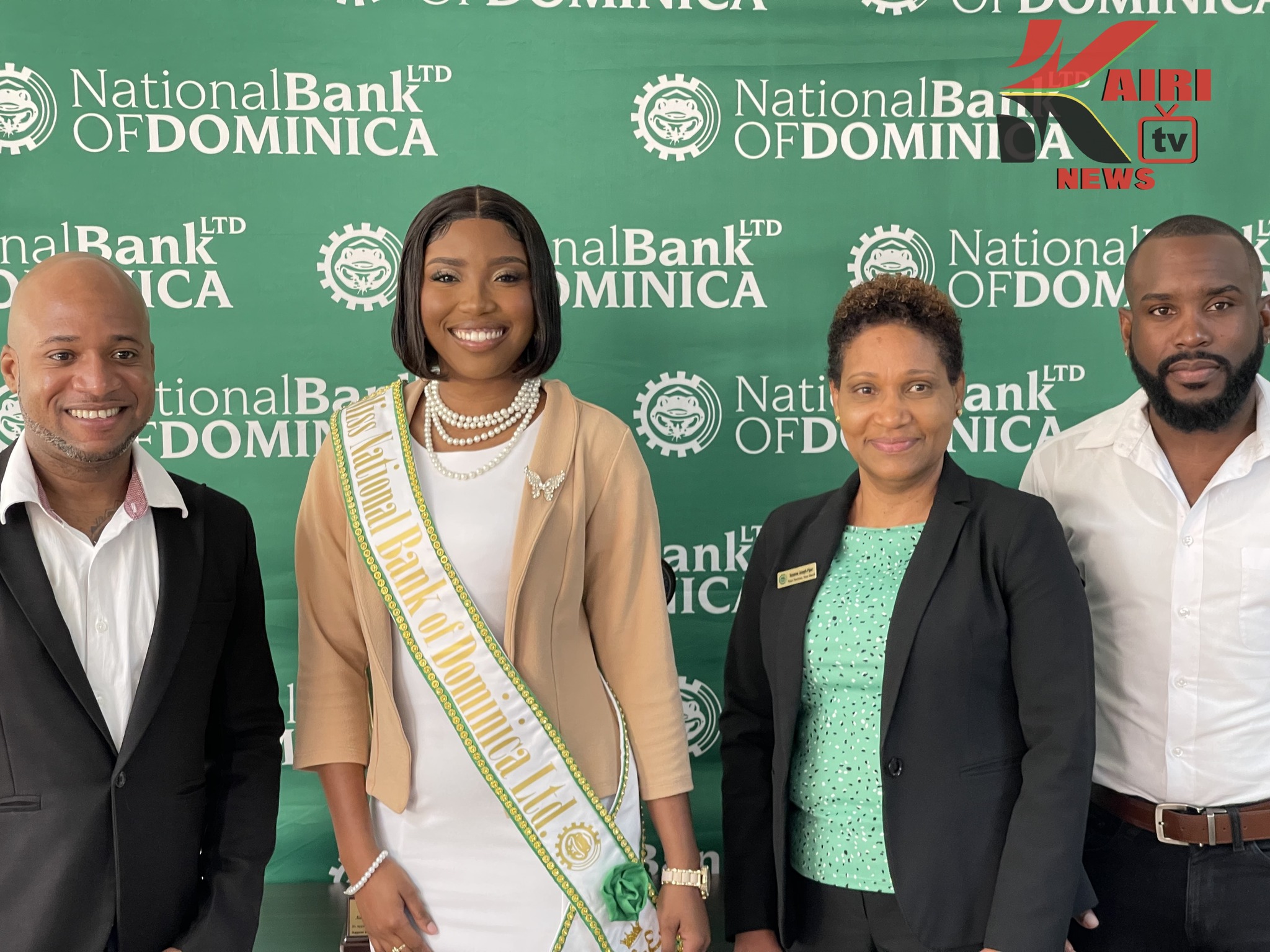 Dominica’s Indigenous Bank the NBD is throwing its support behind Carnival Queen Contestant Sandrine Elizee, as her Sponsor as well as support for Chester “Daddy Chess” Letang and Narine “Trendsetter” Murphy who will be vieing for the 2023 Calypso Crown.

Executive Manager of Marketing at the NBD, Suzanne Joseph Piper says it is no coincidence that the bank chose to sponsor Miss Elizee in this competition after observing the manner in which she carried out her responsibilities as an employee.

She says the bank made that decision having observed the qualities which she possesses and is confident that she will be an exemplary representative for the bank and its brand.

Mrs. Piper describes Miss Elizee and the other contestants as courageous for taking such a bold step putting themselves at the scrutiny of the public in such a competition.

She says this is commendable and indicative of their support for Dominica’s culture and being advocates using their platforms to do so.

She hopes that this collaborative effort will lend to making this year’s Miss Dominica Pageant and carnival celebrations the best ever.

Miss Elizee describes her journey into this competition as exciting and looks forward to representing at her level best and to making a proud showing.