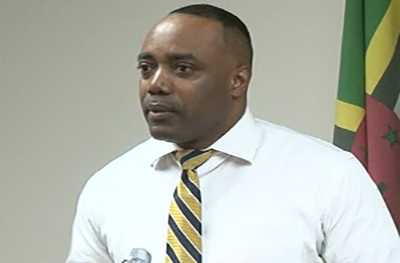 Opposition MP Danny Lugay was taken into custody following an encounter with police outside the house.

Lugay claimed he was in the area, accompanied by Opposition Leader Lennox Linton and another man, after attending a funeral earlier in the day.

Police concerned over increasing number of illegal weapons on island