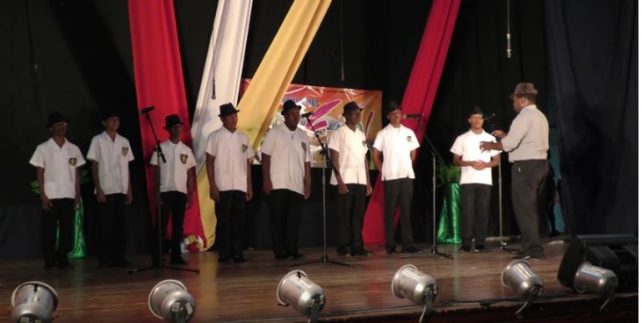 The schedule of events will start off with an opening ceremony on Monday April 8th at 9am at the Goodwill Parish Hall. The opening ceremony will be followed
by performances by School Choirs and Choral Speech groups.

On Tuesday April 9th the morning event will feature drama presentations by the Primary Schools and on Wednesday April 10th there will be drama performances by the Secondary Schools.
On Thursday April 11th the venue for Schools’ Arts will shift from the Goodwill Parish Hall to the forecourt of the Windsor Park Sports Stadium and on that day there will be schools’ music bands and vocal solo performances.
On the final morning of Friday April 12th there will be creative dance presentations by both Primary and Secondary Schools.
At the opening ceremony of the National Schools’ Arts Festival on Monday April
8th addresses are expected to come from the Hon. Minister for Tourism and Culture, Mr. Robert Tonge and the Chief Cultural Officer, Raymond Lawrence.
The National School’s Arts Festival is a bi-annual event organized by the Cultural Division and the National Cultural Council