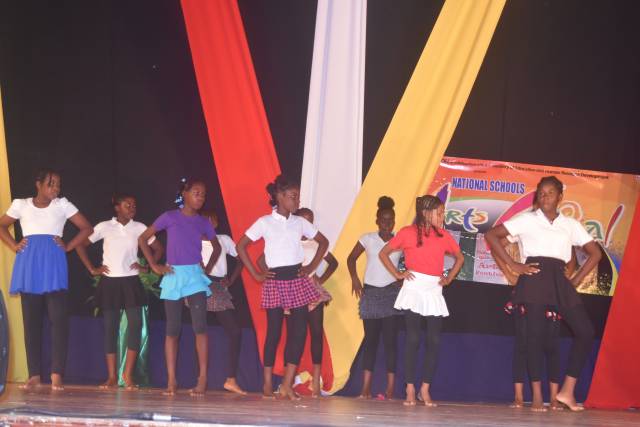 Chief Cultural Officer Raymond Lawrence has called for greater support for the efforts of youth who participate in cultural expressions.

The National Cultural Council on Monday began the Schools Arts Festival which runs throughout this week at the Goodwill Parish Hall.

Lawrence says young people in Dominica are doing commendable work in the arts and culture.

“There are still a lot of young people in Dominica doing a lot of positive things. We want to encourage the public to support, sponsors to support, he government to keep supporting the young people of this country, because today’s event alone shows the potential the talent the skill that the youth has and when you get them involved in positive and creative activities, they shine.”

Still to come this week is drama, dance and Musical Bands and Vocal solos which will move to the forecourt of the Windsor Park Stadium.