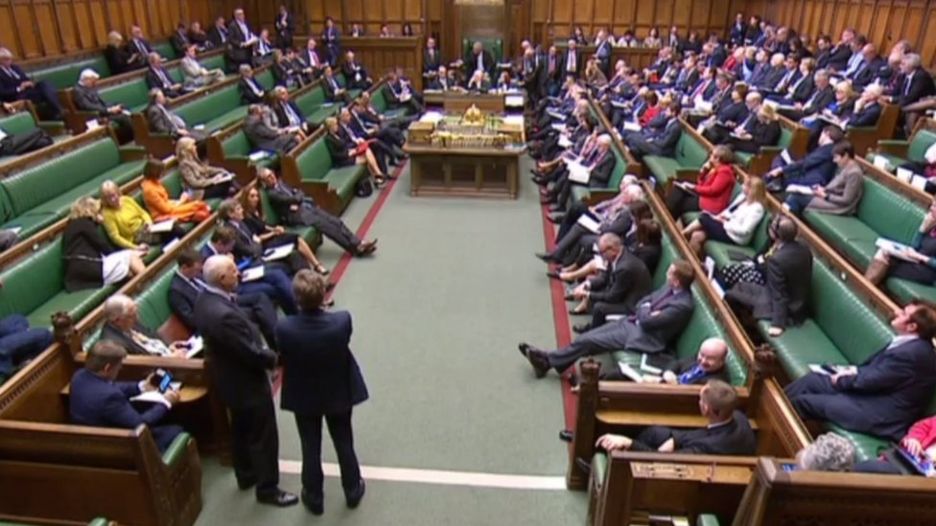 MPs are debating the possible next steps for Brexit as they try to break the deadlock in Parliament.

Four options have been chosen by the Speaker to be voted on later, including a customs union and a referendum.

Labour MPs are being urged to back a plan to keep the UK in a Norway-style relationship with the EU.

Under the Common Market 2.0 proposal, the UK would leave the EU, but retain freedom of movement and make contributions to the EU budget.

Conservative MPs are being given a free vote on the motions – meaning they will not be told by party bosses which way to go – but the cabinet has been told to abstain.

During the debate, 11 climate change activists staged a protest in the public gallery, taking their clothes off to reveal slogans painted on their bodies.

Police were called to remove them from the viewing platform.