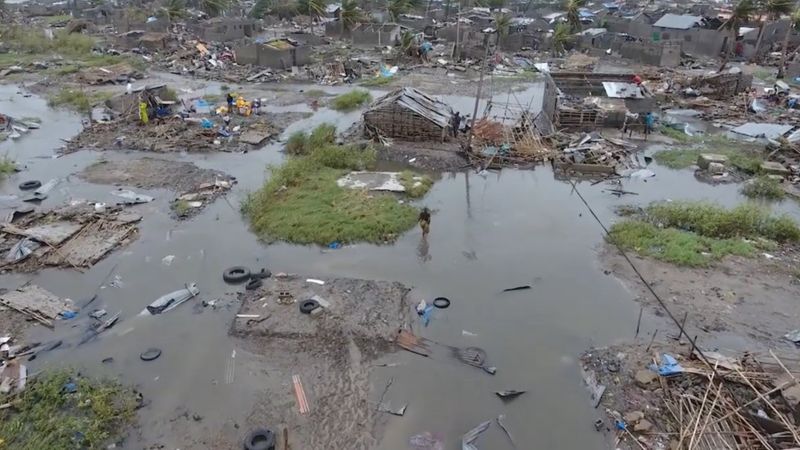 So far 200 people have been confirmed dead in the southern African country, along with another 100 in neighbouring Zimbabwe, but the death toll could be much higher.

Those who survived the disaster have had little reprieve to mourn the loss of their loved ones or salvage the little that is remaining of their belongings.

They are in desperate need of food, shelter and clothing, as the BBC’s Pumza Fihlani reports from Beira.

Inside a makeshift response centre at the airport in Beira, aid agencies are scrambling to get to those still trapped across the region.

It’s the first point of call for all the teams coming in from around the world and offers the first glimpse of how heavily this operation is relying on outside help.

Roach Applauds the Youth for Certification in Construction