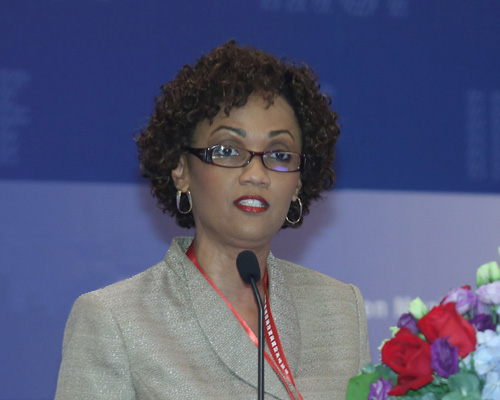 Miss. Blanchard quoted honorable Daniel Lugay previous statement in the last sitting of parliament where he called on Blanchard to do more for the people of Roseau north as a resident.

Miss. Blanchard in reminding the house of Mr. Lugay message to her said the elected MP now realized that he was actually endorsing her as the caretaker /Parl Rep for Roseau North.

She say after hurricane Maria she as resident went looking for the Parl. Rep when it should have been the other way around however she says it has always been part of her mandate and that of the DLP administration to look out for the interest of everyone no matter their creed or political persuasion.

Miss. Blanchard has also endorsed the supplementary estimates presented to parliament for approval.

Miss. Blanchard says the bill that are presented before the house are all in ensuring the people of Dominica have a sense of security following hurricane Maria

Caretaker for the Roseau North Constituency under the DLP administration and Minister for economic Development and Planning Miriam Blanchard.

38th Charismatic Renewal Conference “Restore us Lord; Bring us back to you”