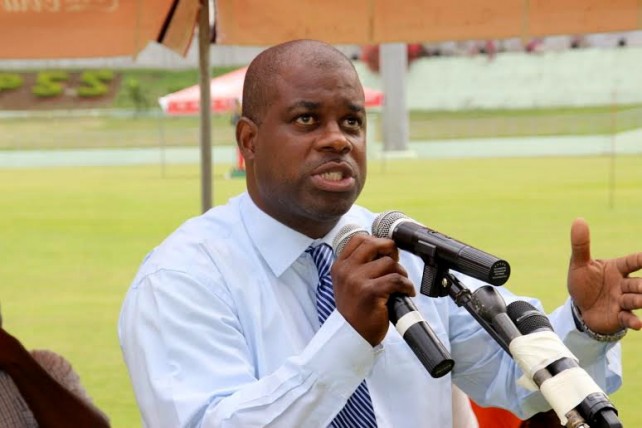 The aspiring Parliamentary Representative for the Roseau North Constituency and Minister for Urban Renewal Joseph Isaac on Tuesday announced a $25 000 cash contribution to Fete Lordbor in Pottersville.

Addressing a press conference to hand over the check, Isaac also announced plans to rehabilitate a major facility in the area; the Pottersville Savannah.

“We had little debates on what I need to do for Pottersville,” he said, “so that’s just a start. Through negotiation with the Minister of Finance, we have gotten approval for over a quarter million dollars to redevelop the Pottersville Savannah, which will be done on a phased basis.”

He went on to explain a temporary initiative where over 20 young men were employed on a clean- up project for Pottersville, the first of a series of initiatives to increase employment for Roseau North.

Isaac also revealed his plans to make improvements to other urban areas.