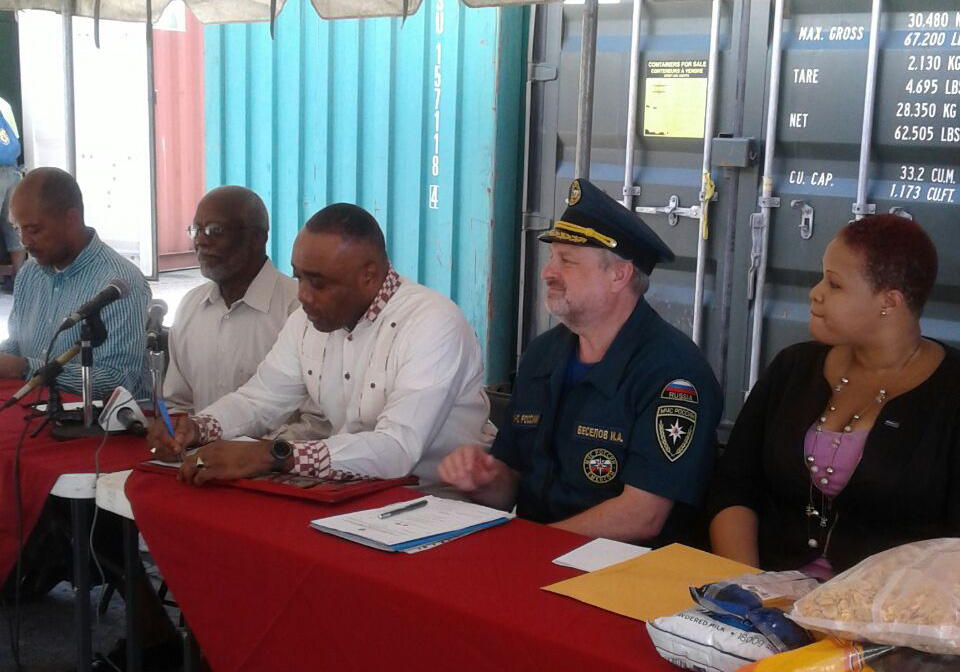 He made the announcement at the handing over of 12 containers which include 280 tonnes of relief supplies 50 tonnes of Food supplies and 2 Mobile stations among other items at the Woodbridge Bay port on Friday morning amounting to several thousand dollars.

Mr. Blackmore says the supplies are timely as Dominica continues with its restoration.

Mr. Blackmores told the handing over ceremony, it’s going to be very difficult as the country bounces back and therefore Dominica would need every form of support at every step of this journey.

Meanwhile Deputy Ministry of (EMERCOM) that’s Emergency Situations of Russia Doctor Igor Vaselov says the Russian government will also look at assisting in certain dangerous areas in Dominica and utilize their expertise to assist the country.

Vaselov says his government was very receptive when it received a letter of request from Dominica’s Prime Minister Skerrit to assist the island in its rebuilding efforts following Hurricane Maria.

Dominica is Expected to Receive About 50 Cruise Calls.