Sanford, who is from Bataca, was elected with 409 votes, just three votes more than his closest rival Annette Thomas-Sanford who polled 406 votes.

Sanford has called for a unified approach to the development of the Kalinago Territory.

“I have made my plans,” he said, “and everyone has seen my plans, and I will continue to work with them, and with their help, I will make whatever is on my plans…possible for the Kalinago people; for us, for our development.”

Young Sanford further called on his past rivals to offer him their support, and in a rousing speech, encouraged them to continue supporting the Kalinago people through team efforts. 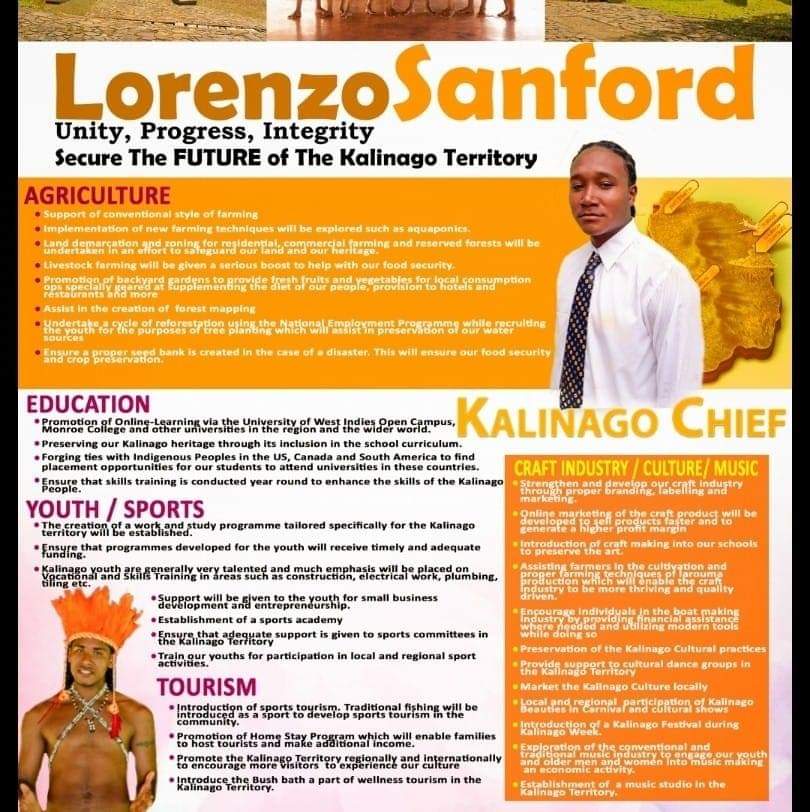 Meantime Parliamentary Representative for the Salybia Constituency Cassius Darroux  hopes that stakeholders will put differences aside to work in the interest of the territory.

Darroux believes there are lessons to be taken from the Kalinago Chief elections, and encouraged contenders for the seat to become council members for the betterment of the Kalinago territory and Dominica by extension.