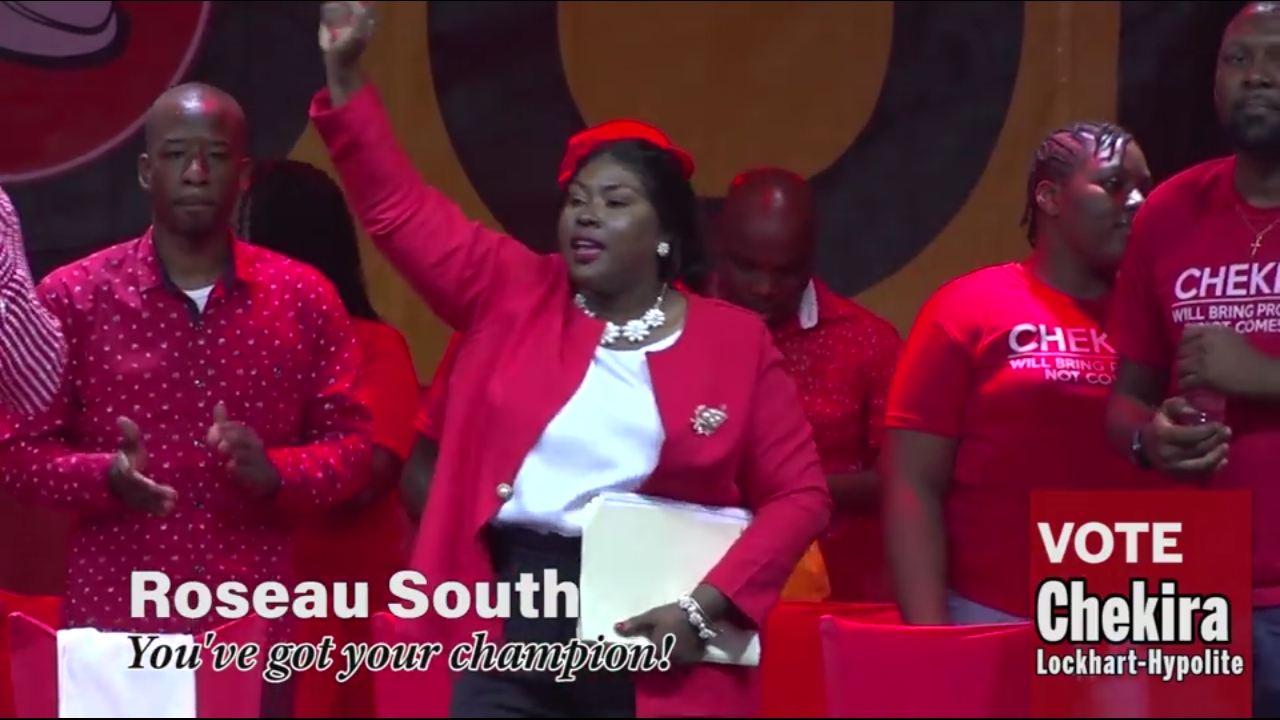 Newly launched Dominica Labour Party candidate for the Roseau South Constituency Chekira Lockhart-Hypolite says she has prepared a detailed plan for presentation to Prime Minister Roosevelt Skerrit for the development of the constituency.

Mrs. Hypolite, the bursar at the Dominica State College was officially presented to constituents during a grand rally in Newtown on Sunday.

“I have formulated a strategic plan that is directed at tackling the immediate, midterm and long-term housing needs of the Roseau South Constituency and also a development plan which will be handed to the Prime Minister after my presentation” she said, adding that representation was serious business.

“I have divided Roseau South into seven zonal districts. Each district will have a construction coordinator and assistant, together when trained assessors and teams of tradesmen.

“When the needs of Roseau South are being assessed we shall employ a process that is efficient, fair and transparent, Lockhart promised.

Mrs. Hypolite says her work in the area since the passage of Hurricane Maria has convinced her she can win when the next general elections are called.

“Having traveled in every hill and valley in Roseau South and engaged with residents in every community, I can confidently say that Roseau South is ready to be red again,” she stated.