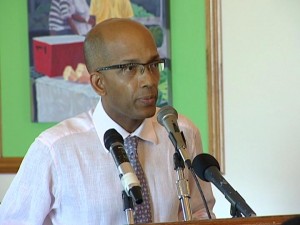 Managing Director of L’express des Iles, Roland Bellemare says despite the fact they have resumed operations in Dominica, the last two years have been a hardship due to the pandemic.

According to Bellemare, the company’s services, including those between the French islands, were suspended for a total of 62 days.

On the 21st of November, 2021, operations within Dominica resumed, leaving a total of six hundred and eight (608) days in which the ferry service did not call at Roseau.

Bellemare further explained how the company has been impacted by the pandemic over the past two years.

He reiterated, L’express des Iles missed operating in Dominica as the island had been an essential component of the market on the route from Guadeloupe to St. Lucia.

COVID-19 Updated Guidelines For Businesses To Fight Against Virus Spread