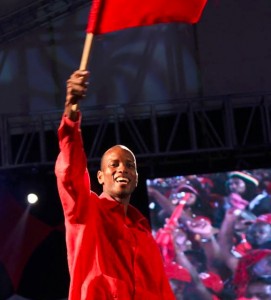 Minister for Information Service, Telecommunications and Technology, Kelver Darroux, says the upcoming general elections in Dominica will be a serious battle.

He has asked supporters to be vigilant and united to secure a victory for the ruling Dominica Labour Party.

Speaking on The Next Level show on Kairi FM earlier this week, Darroux warned that removing the DLP from office would be a regressive move and spell disaster for the Dominican economy.

Darroux said “Now is not time for us to be divisive, but now is time for us to be more united than ever before… We are seeking a fifth term in office, and I believe that we need all hands on deck to accomplish this goal.”

“We will put out differences aside,” he added. “We will work toward that one goal in ensuring that the Dominica Labour Party retains government whenever the election is called.”

Darroux also called on citizens to appreciate the work the government has done to develop the country, claiming that lack of appreciation for government efforts is “hurtful sometimes”.