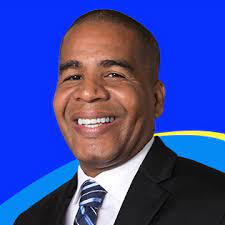 Attorney at law Joshua Francis is now a patient at the Dominica, China Friendship Hospital reportedly nursing a stab wound to his back.

According to reports reaching Kairinews Francis was attacked at his home in Belfast and stabbed in the back by a known individual.

Reports from the Dominica China Friendship hospital are that Francis was in stable condition.

Speaking to Q95 FM from the hospital earlier this afternoon, fellow-attorney-at-law Ronald Charles, reported that he had spoken to Francis who, he said, was in a stable condition.

Earlier this afternoon video footage of Francis being carried aboard an ambulance was making the rounds on social media.