Jazz still reigns in May thanks to Dominica’s Princess of Song Michele Henderson and the Bouyon Queen, Carlyn XP!
Advertisement [the_ad id="17256"] 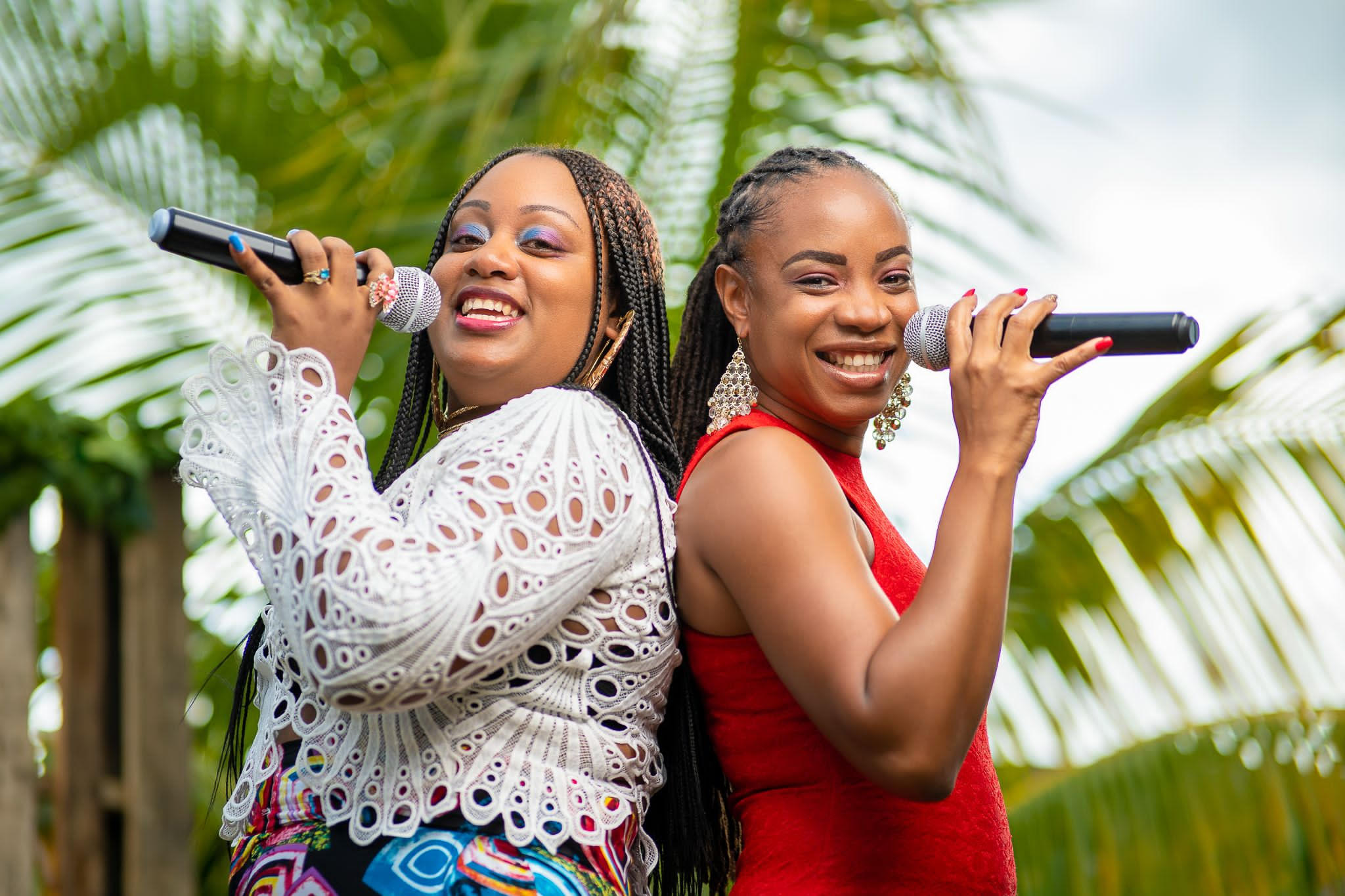 Lovers of Jazz looking for a musical treat on a tropical locale during the month of May would typically have Dominica’s Jazz ‘N Creole on their calendar, but as with many events worldwide, the annual event has been cancelled due to the COVID-19 pandemic.  Luckily for many, Dominican acts Michele Henderson, affectionately known as Dominica’s Princess of Song and title-winning, Bouyon Queen Carlyn XP are ensuring that Jazz will be had and will be heard in May with their exciting upcoming virtual music concerts The Jazz in Me and Bouyon Jazz Festival grouped under the title Nature Island Jazz XPrience.

Though digital, the XPrience aims to satisfy that nostalgia that persons may have when thinking of their would-be Cabrits lime to enjoy good friends, good food and good music.

“Dominicans at home and abroad absolutely love the Jazz ‘N Creole event and we just thought it would be a good idea, a gracious thing to do to actually give them a taste, even though the real thing is not happening this year; that they can have that nostalgic feeling of getting together, having fun, a few drinks, dress up nice, you know, enjoy some fantastic music,” says Henderson who has made several appearances on the Jazz N Creole stage and performed at Jazz events around the Region and the world.”

“We know that the event will be greatly missed and so this is our way of helping people to reminisce and to keep hope alive that it will be back as soon as possible,“ she added.

Carlyn XP expounds further to highlight that the purpose of this joining of efforts is also “to show the comradery between the artists.”

She says there is strength in collaboration.

“It’s a good thing to collaborate with artists in the industry and two powerful women coming together both queens in their respective genres, we can show the other artists that competition is good, yes, but when you come together and make the effort to lift each other and to fix each other’s crowns we can all succeed together.”

The ladies will each perform on the other’s sets.

Michele’s show The Jazz in Me will be an intimate experience taking place on Saturday 22nd May 2021 at 7pm, and will be filmed in front a live audience at the Fort Young Hotel’s Palisades Restaurant in Roseau.  Free to virtual viewers, the show will cater to limited ticket holders. The Jazz in Me will chronicle Michele’s career in music across six albums and numerous performances; highlighting favourite recordings, popular standards and memories of places she has performed at and musicians she has collaborated with.  This will include sound bites from former manager of impact! band Irvin Durand, pianist Ronald Tulle and percussionist Alain Dracius of Martinique who both performed on her single “Home,” and Ruth Osman Rose of Guyana who played a very instrumental role in Michele’s love of Jazz.  Michele will also pay tribute to Stanley Clarke and the late GRAMMY-winning, Chick Corea with whom she performed frequently on the Freewinds ship.  UK/Dominican guitarist, Cameron Pierre, who featured Michele on his album Radio Jumbo, will also make an appearance. The evening’s musical offerings will wrap up with the first public performance of her newest single “All Over the World.”

Carlyn XP, who has made a name for herself in the virtual space with her weekly Musical Therapy offerings, will headline the Bouyon Jazz Festival which takes place on Sunday May 30th at 5pm. The event will feature performances from the likes of Jade Leatham half of Tropipop duo Tropikal, noted singer/songwriter Barbara Bully, Rob Zii & Phyness of St. Lucia, Bouyon star Keks Mafia, Afrofusion act Marie Pascale and bassist Gomez (Drigo) and Friends.  Her husband, musical partner and Bouyon music pioneer Cornell Phillip, who himself has recorded a Jazz album (Interpretations), will be on the lineup which also include Pierre and his band and of course, Michele Henderson.

Both events are free to virtual viewers and virtual audience members are encouraged to patronise the artists in effort to compensate the musicians and crew, many of whom have been out of work during the Pandemic.  Sponsors are encouraged to get on board to help to this end.

The Jazz In Me wishes to thank sponsors so far, the Fort Young Hotel, D Shipping & Logistics (operators of the ShopBox Franchise), the Grand Bay Cooperative Credit Union, Tranquility Beach Resort and Spa and Timbo’s Apartelle Inc., for their assistance.  Bouyon Jazz Festival thanks Karl Nassief Group of Companies (Do It Center, Do It Best, Auto Trade, KFC, Fine Foods Inc. and Dominica Freight Services) and Imperial Publishing for their sponsorship.