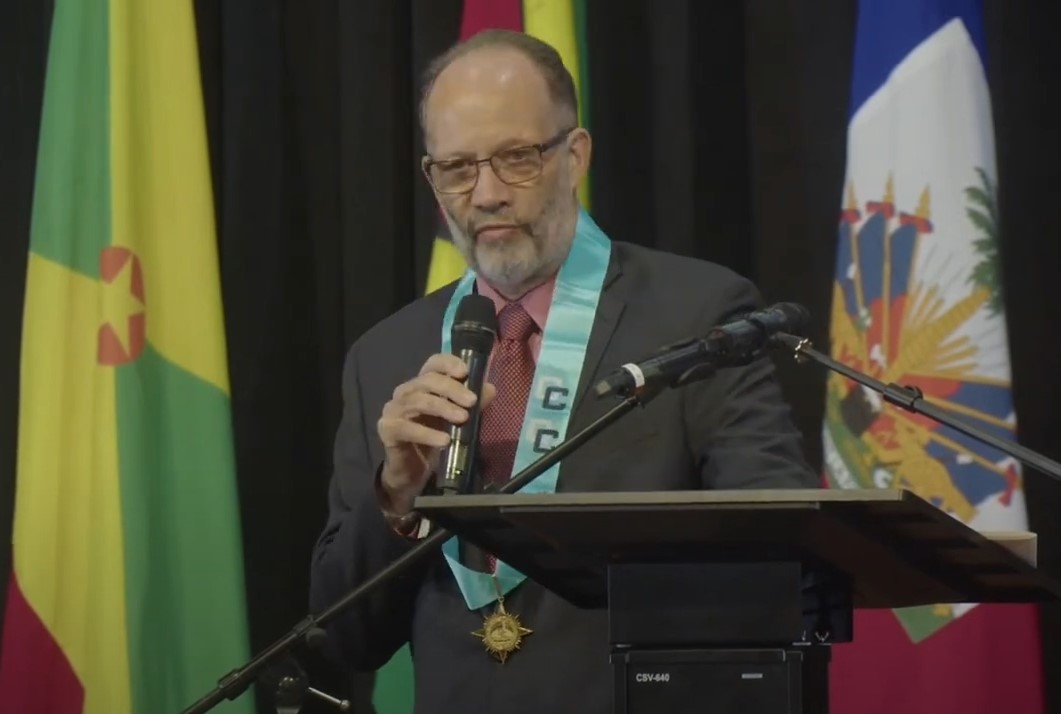 Dominican Former CARICOM Secretary-General, Ambassador Irwin LaRocque, joined a cadre of distinguished persons honoured for their outstanding contributions to the development of the Caribbean Community.

Ambassador LaRocque is one of four who received the Order of the Caribbean Community (OCC) last evening at the Forty-Third Regular Meeting of the Conference of Heads of Government of CARICOM, in Suriname.

The award is given to “Caribbean nationals whose legacy in the economic, political, social and cultural metamorphoses of Caribbean society is phenomenal.”

Ambassador LaRoque expressed his gratitude for the honor and commended the staff of the Caricom secretariat for their hard work in ensuring the continued integration of the CARICOM Region.

Ambassador LaRoque also extended his congratulations to the other honorees.