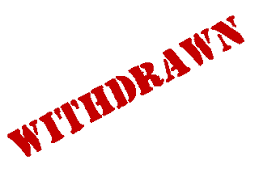 The Independent Regulatory Commission (IRC) has ordered the Dominica Electricity Services (DOMLEC) to withdraw notices to Pay as you go customers on its Facebook page and other platforms pending further review.

On Wednesday evening DOMLEC issued a notice on its Facebook page stating “ PAUG customers are advised that due to recent works being undertaken on our system, this has led to an interruption of daily usage being applied to all accounts. This resulted in accumulated charges that would have led to a higher than usual estimated daily usage averages.

Once daily charges have resumed those figures will normalize. In view of this, PAUG customers are advised to top up sufficiently as soon as possible to clear those arrears and avoid any inconvenience.”

Citing its responsibility to protect consumers under the Electricity Supply Act the IRC concluded that the type of notice from DOMLEC to customers while performing changes to their PAUG system is not acceptable.

The Commission has therefore ORDERED DOMLEC to withdraw all of these notices with immediate effect; until a proper internal review and determination is made on how better to proceed by allowing customers to comfortably pay any arrears or accumulated charges in a manner that is satisfactory and reasonable, both to the IRC and the PAUG customers.