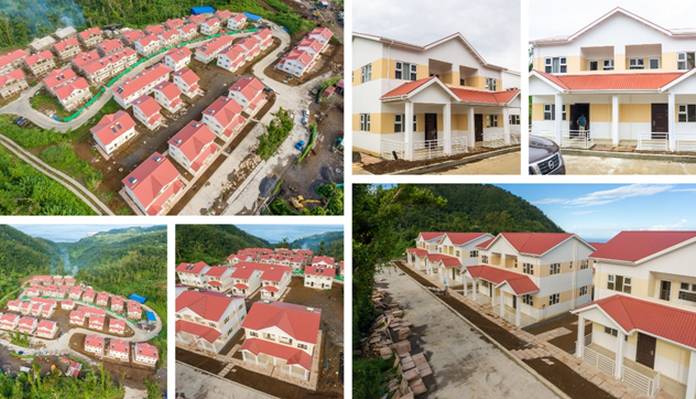 In December 2018, 38 homes were handed over, out of a total of 380 homes that are being constructed for Petite Savanne residents displaced by Tropical Storm Erika.

“We have already handed over 38 units back just before Christmas of last year, presently we have available 52 units for immediate occupation we then by the third week in April will have a further 100 units ready and when the balance of the units totals up to 380, with delivery in the second week in June this year… were going to have a lot of people moving in were going to have the official handing over of the vast majority of units at the end of April.

The ceremony will be carried live on Kairi FM usual frequency 93.1