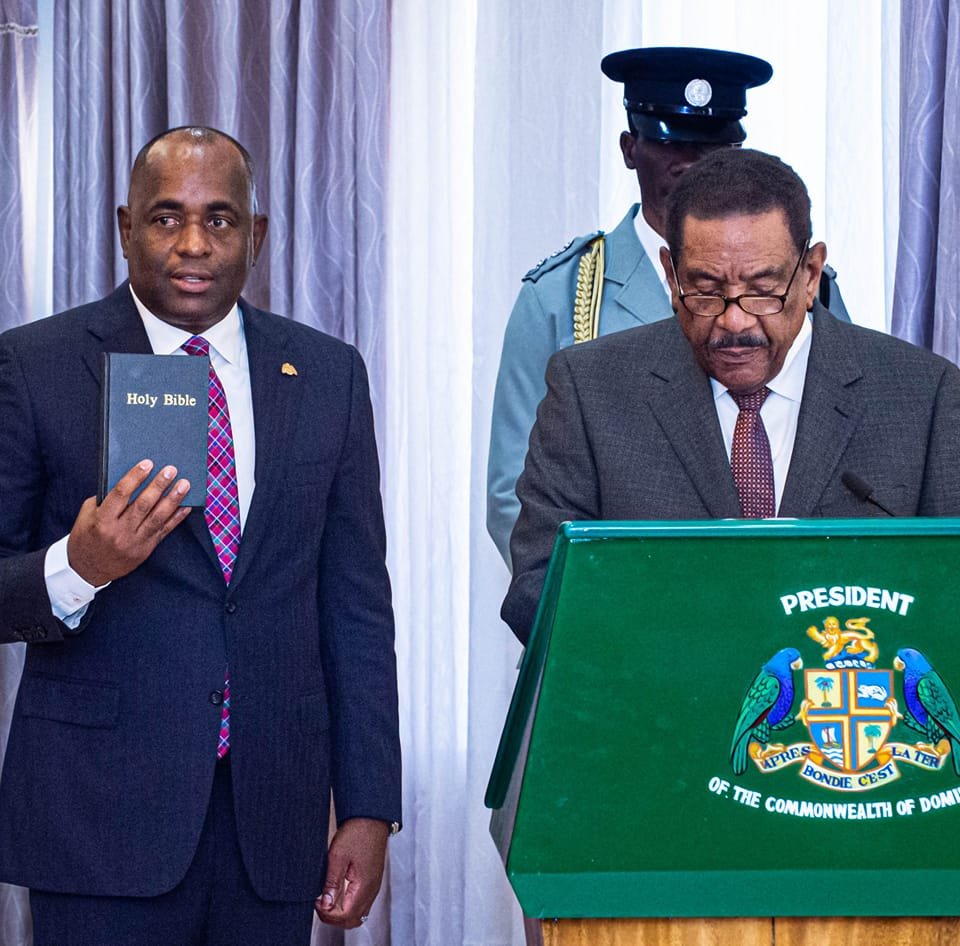 Leader of the Dominica Labour Party Roosevelt Skerrit has been sworn in as Prime minister of the Commonwealth of Dominica today following his party’s 19-2 victory at the polls on Tuesday.

Speaking at the ceremony Prime Minister Skerrit noted, yesterday’s victory is an expression of the confidence in the DLP by the people of Dominica.

He went on to assure voters that the DLP will strive to honor and meet their expectations.