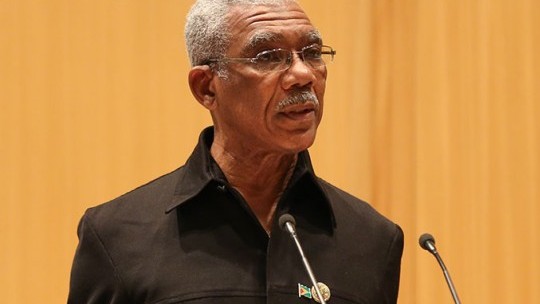 The main opposition People’s Progressive Party (PPP) says it will boycott sittings of the National Assembly until the Trinidad-based Caribbean Court of Justice (CCJ) rules on its appeal to regarding the vote of no confidence against he coalition government that was passed on December 21st last year.

Last Friday, the three-member Court of Appeal by a split decision ruled that the motion was invalid after the government had challenged a High Court ruling in January that had validated the motion that had filed by Opposition Leader Bharrat Jagdeo.

Jagdeo had received the support of then government back bencher Charrandass Persaud as the coalition government of President David Granger lost its slender one-seat majority in the 65-member National Assembly.

But in its ruling the Court of Appeal said that the motion had to be passed by 34 of the 65 members in order to have been valid.

Chancellor of the Judiciary, Yonnette Cummings-Edwards and Justice Dawn Gregory ruled that the threshold required for a no-confidence motion was 34 votes, while Justice Rishi Persaud provided a dissenting ruling.

Minister of Foreign Affairs, Carl Greenidge, who had been acting president in the absence of Granger, said in a broadcast on Friday night that he was urging all citizens “to continue to conduct their business and go about their daily activities with the full confidence that their safety and well-being are assured.

“Henceforth, the situation as regards Parliament is restored to the position as at 21st December prior to the vote. Arrangements will be made for Parliament to meet and conduct its business unhindered. There are no barriers to the president and the Cabinet moving forward as they see fit and without unusual hindrances,” he said.

But in a statement posted on its website, the PPP said its general secretary, who is also Jagdeo, “wishes to place on record” that the party”will not attend any sitting of the National Assembly, while the Appeal in the no-confidence motion is pending at the Caribbean Court of Justice”.

Jagdeo had said last weekend that he never thought that this issue of 34-31 is needed now to pass a no confidence vote.”

“It is probably the weakest argument, yet there is a ruling of two to one in this nature and we have to challenge it.