Phase one of new hospital to open at month end, contracts for new health centers to be signed
Advertisement [the_ad id="17256"] 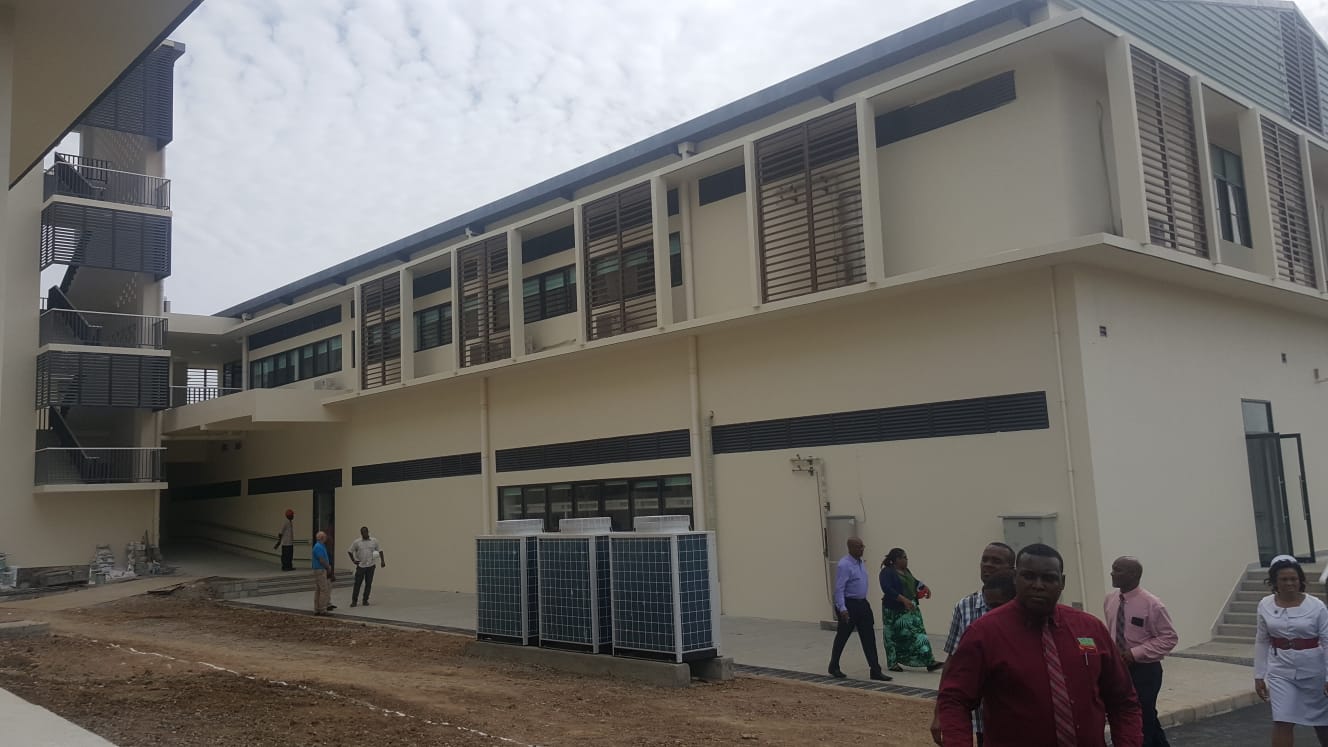 Phase one of the new China-Dominica Friendship Hospital will be officially open at the month end.

Prime Minister Roosevelt Skerrit made the announcement during a site visit of Cabinet and Media on Monday.

Mr. Skerrit said the new facility is expected to improve the level of health services available to citizens.

Mr. Skerrit told the media new hospital will be a top of the line health facility.

Phase one of the hospital includes The radiology, oncology theatre, blood bank and administrative departments.

He said a Chief Executive Officer will administer operations at the new wing of the Dominica China Friendship Hospital.

Prime Minister Skerrit says Government has secured the assistance of the Pan American Health Organization and a Canadian firm to assist with the transition.

He also announced that new health centres are also on the cards for Dominica.

Contracts will be signed within the next two weeks for the construction of 10 health centers.

Meanwhile China’s Ambassador to Dominica, His Excellency Lu Kun said the new buildings are the first of 9 to be constructed.