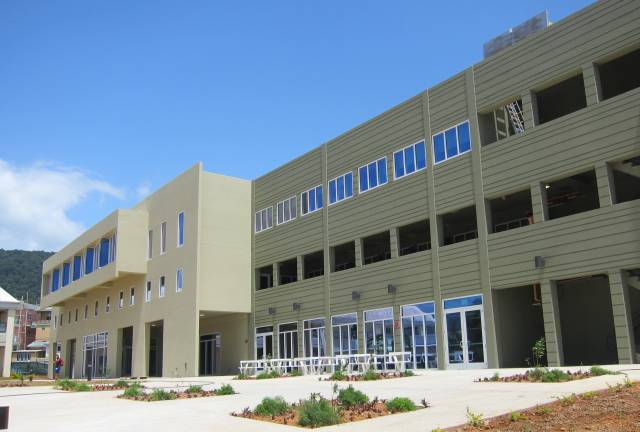 A replacement for Ross University in Picard Portsmouth could be announced soon.

Ross University departed Dominica in August 2018 following the passage of Hurricane Maria and has since set up shop in Barbados.

Prime Minister Roosevelt Skerrit says his Government has signed an agreement with a new investor to begin operations here.

“We will sign the lease agreement with them very soon,” he revealed. “…about three months ago we gave them access to the property.”

The Prime Minister also said that the school has hired local staff, a dean, is recruiting students, and is now making minor electrical and structural changes to the old Ross University Campus.

He added that the developers and the Government will make an official public announcement to give details about the project, and the developers have a five year lease with the option to purchase the campus after the time has elapsed.

“We’re not happy for ourselves as a government,” he said, “we’re happy for the people of Portsmouth, and the many people who benefitted from the presence of the university here… In the next few weeks there’ll be a formal presentation to the public with more details”.