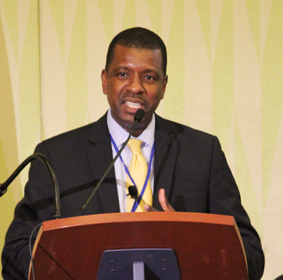 High commendation has come  from Dominica’s Ambassador to the United States and the Organisation of American States, His Excellency Vince Henderson for Dominica’s management of the Covid-19 Pandemic.

His Excellency Henderson was a guest on Kairi’s Heng this morning where he touched on several topical matters.

He lauded government’s responsible response to managing the spread of the virus.

“Dominica has done an amazing job at keeping the pandemic out and when it gets in, it is well managed so there isnt a spread. It’s like whenever there was a case government knew exactly where it was and how to handle it. The results were excellent,” Henderson applauded.

He added that the countries who handled the pandemic the best, we the ones with responsible leadership.

However, His Excellency Henderson did express some disappointment in the response of the public to taking the vaccine.

Dominica’s Ambassador to the United States and the Organisation of American States, His Excellency Vince Henderson