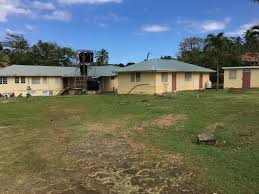 The Government of Dominica is exploring the idea of a new means of funding for the Marigot Hospital.

A pledge of US 5 million dollars from Mexico for construction is not yet forthcoming and Prime Minister Roosevelt Skerrit says Government is considering using state funds to begin works.

He told state media this week, a team headed by Health Minister Kenneth Darroux was due to conduct a site visit in Marigot of Friday.

“We are looking at the possibility of starting the hospital with our some of our own funds while we work with the Government of Mexico on the funds that have been assigned to us,” Skerrit said.

Prime Minister Skerrit says contracts will soon be signed for new health centers in at least 10 communities in Dominica.