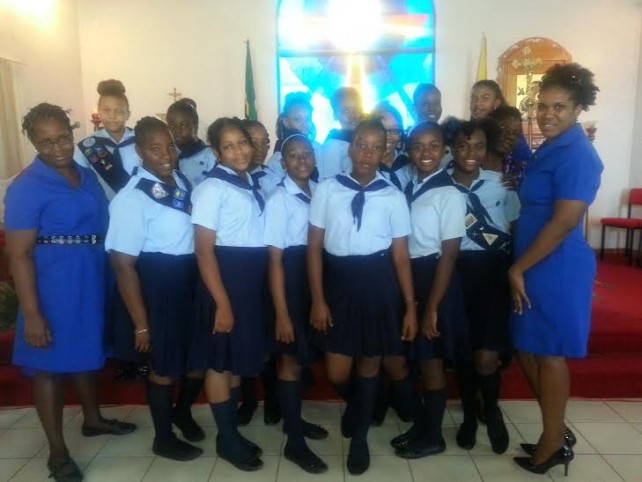 She stated that because it was the 90th anniversary the girl guides association enrolled everyone in town.

“What they did, they made their promise and they got a badge , so you get a brownie badge, your guide badge or your ranger badge”

She urged older persons of the general public to join the association as leaders to show some support to the younger persons.

The general process of the association would begin from, Rainbow, Brownie, Guide and then a Ranger and finally a leader.