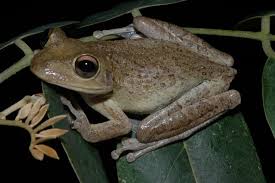 Forester with the Forestry Parks and Wildlife Division in the Ministry of Agriculture Ricardo Dominique has called on Dominicans, particularly farmers, to be on the lookout for invasive species that may affect both humans and the agriculture sector here.

He told Kairi FM some of these species entered the country shortly after Hurricanes Maria via large volumes of cargo imported into the country.

Of particular concern is the Cuban Tree frog in the north of the island which is slowly making its way into communities and could disrupt lives if not contained.

Dominique called on residents to destroy the frog if they come in contact with it but to avoid contact with the body.