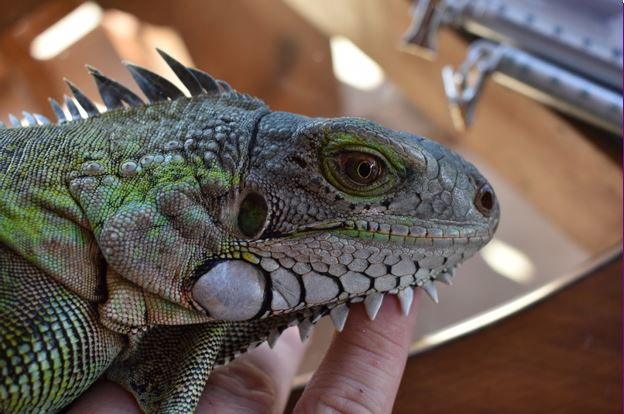 The Forestry Division is calling on citizens to report sightings of a new invasive species of Iguana in Dominica, as the Division coordinates efforts to control its population here.

Forestry Officer Francisco Maffei told Kairi News this species of Iguana is stripe-tailed and aggressive, and is threatening the presence of other Iguana species here.

He says while this Iguana species is found in other Caribbean Islands, how it arrived in Dominica is unknown.

As part of reforestation efforts, the Division offers farmers a plant buffer between the farmer’s holdings and wildlife.

Dominica joins in the observance of World Food Day