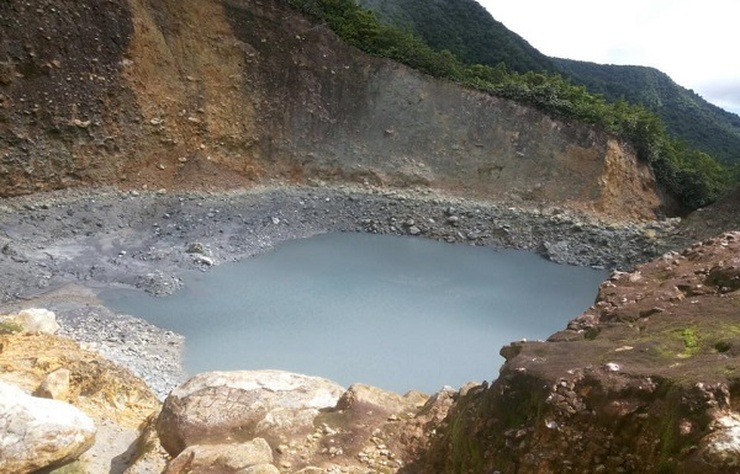 The division of Forestry, Wildlife and Parks issued a statement earlier today following reports of persons attempting to go into the Boiling Lake during this period of instability.

In recent times, photos have surfaced of tourists swimming in the lake with the hashtag boiling lake Dominica.

In a statement last week, the Office of disaster Management cautioned against visits to the boiling lake as the water level and heat and gas emissions at the Boiling Lake have decreased significantly.

According to the statement, The Forestry division considers these actions irresponsible, reckless, and unwarranted as doing so puts the lives of the visitors and Officers at risk especially in the event of a rescue.

As this current episode continues, the risk of harmful gases such as Carbon Dioxide and small steam explosions is heightened.

The public is therefore reminded that the Boiling Lake is CLOSED to visitation unless prior approval is received from the Forestry Division or the Office of Disaster Management. Anybody caught swimming, walking or doing any other such activity in or surrounding the Boiling Lake will be dealt with accordingly.