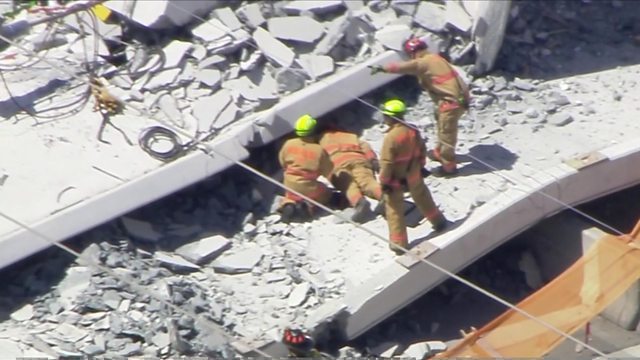 At least six people have been killed and nine others hurt after a footbridge collapsed near Florida International University in Miami.

Police announced the deaths after rescuers spent the night searching for victims trapped beneath the structure.

The bridge was erected on Saturday in just six hours.

It was built using a method called “accelerated bridge construction” to avoid traffic disruption. A major section of the bridge was assembled on the side of the road and then raised into place.