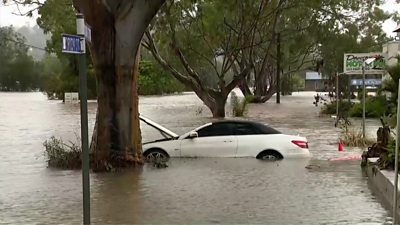 Valencia’s roads and public transport were closed, a team of ambulance workers had to be rescued from their vehicles.

More than 200 litres (44 gallons) of rain per square metre fell on the city of Valencia in a 24-hour period, breaking the record for the highest daily rainfall in the city in the month of May.

Pope Offers To Meet Putin, Still Waiting To Hear Back