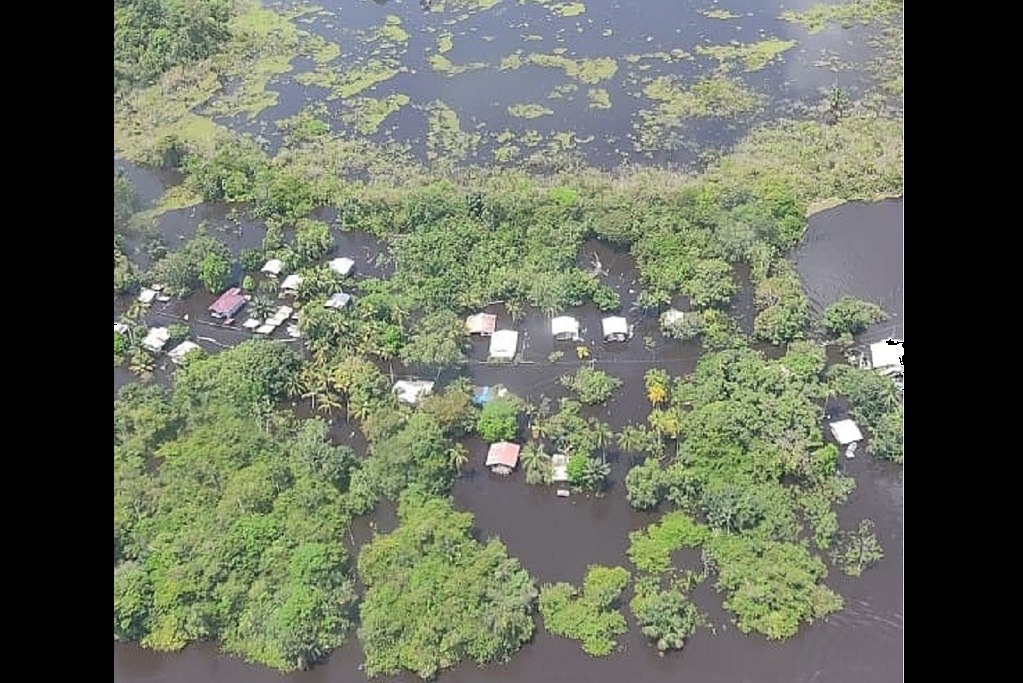 On Saturday, the President of Guyana Dr Irfaan Ali declared that the floods across the country  have reached the stage of a national disaster and crisis.

In a publicized declaration, it was noted that a total of 28,228 households in all 10 administrative regions of the country have been affected by the flooding.

During a local radio appearance, Ali described the current situation in Guyana as shocking and unbelievable and he indicated that the government will be seeking international assistance in the relief efforts.

A number of properties have sustained significant water damage and in other cases people were forced to abandon their livestock while farmlands have been left to flood.

The Government will go to the National Assembly on Monday to seek GUY$10 billion  in a supplementary budget to assist with its flood relief efforts.

Meanwhile, the Civil Defense Commission (CDC), which has been leading the flood response and relief efforts, believes that the country will need regional and international support to adequately respond to the needs of the flood-hit areas and assist them in their recovery due to the varying levels of disaster.