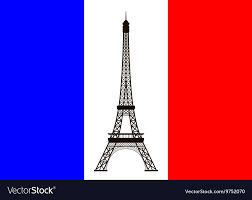 The Government of Dominica in collaboration with the Ministry of Education and Human Resource Development hosted its Primary School’s French Festival at the Goodwill Primary School Auditorium this morning. Awards were given to long serving French teachers and contributors towards the French Language in Dominica.

Mrs Nalda Morgan Nicholas of the Morne Jaune Primary School was awarded for her long service as a French teacher and her contribution to the development of the French language at her school.

Hannah Massicotte of the Goodwill Primary School was also awarded for being a long serving teacher and for being a vibrant and active French teacher which is conducive to learning a new language.

Gemma Morreau of the Alliance Francaise was honored for her major contributions to the French Language and also for being Dominica First member of a translator’s association recognized worldwide.

JAYS Book Store was recognized for their contribution to the French Language, JAYS books store has been known for their donation of books to promote the French language and with their usual assistance to develop education in Dominica.

Dominica and China’s Diplomatic Relationship Anniversary Around The Corner