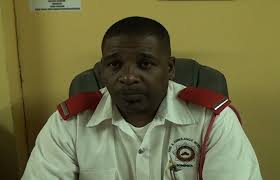 The Roseau Fire and Ambulance Services responded to a call of a fire located in Fond Cole, in a residential area near the former landfill.

Public Relations Officer of the Fire and Ambulance Services, Wayne Letang stated that the fire, which started near the residential area in Fond Cole, got out of control and spread to the former landfill in Stockfarm.

Difficulties were presented where the water pressure was too low to extinguish the blaze, however this was combatted with the assistance of DOWASCO, who supplied a water truck and the Dominica Strong Company who transported sand from the Dominica Solid Waste Corporation. Their efforts, along with that of the fire-fighters on scene resulted in the blaze being extinguished.

As of Tuesday morning, smoke was seen emitting from the former landfill, which Letang said was as a result of the smoldering of old wood which were dampened to prevent it being reignited.