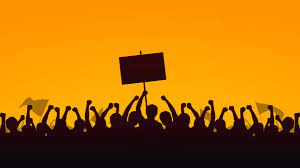 The Electoral Reform Coalition (ERC) comprised of opposition parties and civil society organizations in Dominica has called for a peaceful protest against the December 6 general elections.

Economist Dr. Thomson Fontaine said Dominica is not ready to hold elections at this time and appealed to President Charles Savarin to withdraw the election order.

Dr. Fontaine said in addition to the election boycott, the ERC will host a peaceful protest next Thursday November 17, demanding the elections be put on hold until the electoral reform process can be carried out.

Meantime, Prime Minister Roosevelt Skerrit has warned that violent protest action will not be tolerated and those who insist on pursuing such actions will face lawful consequences.

Ministry of Education Taking Measures to Support Students in the East