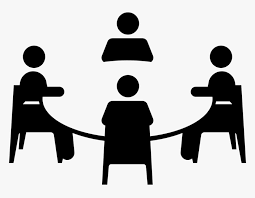 The Electoral Reform Coalition (ERC) on Monday met with H.E The President Charles Savarin to discuss the recent political situation in Dominica, including the call for electoral reform, in view of the upcoming elections on 6 December 2022.

This is part of the opposition parties’ efforts to voice their concerns regarding Prime Minister Roosevelt Skerrit’s decision to announce snap elections for December 6 just three years into the DLP ‘s term in office.

According to a release from the ERC, during their meeting with the president, the coalition implored the President to seriously consider postponing the general elections until such time that the necessary electoral reforms were enacted.

The office of the President also released a statement noting the ERC’s concerns and the president’s response to their request.

According to the President’s statement, during the two-hour meeting the ERC expressed their political concerns and voiced possible solutions and interventions to be carried out by the president.

In his response, the President explained his position in the matter and expressed his expectation that the electoral reform process will be carried out by the elected government to include holding consultations with relevant stakeholders.