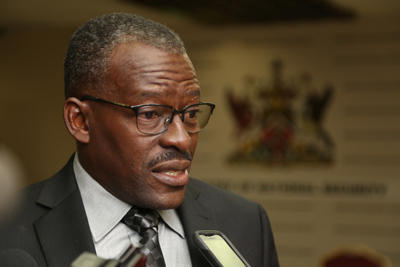 PORT OF SPAIN, Trinidad — Prime minister of Trinidad and Tobago, Dr Keith Rowley, has reshuffled his cabinet once again and advised the president, Paula Mae-Weekes, that this time he is moving Edmund Dillon as minister of national security into the ministry of housing and urban development and replacing him in national security with minister in the ministry of the attorney general and legal affairs, minister of communications and also minister in the Office of the Prime Minister, Stuart Young.

Rowley recently held the post of minister of housing himself during the last cabinet reshuffle in April 2018, having taken the portfolio over and reassigned former minister, Randall Mitchell, to the ministry of tourism that same month.

Dillon has recently been embarrassed on the international stage in an alleged fraud scandal in New York, where he faced accusations in New York state court of defrauding an elderly man out of his Manhattan condominium.

Dillon and his lawyer, Ernest Wilson, were accused of transferring the property of Neville Piper, along with taking custody of Piper’s bank accounts and allegedly withdrawing some $500,000 in US accounts from the elderly Piper, who is confined in a retirement home.

Dillon had a restraining order placed on him in May 2018 by the judge in the case, Laura Visitacion-Lewis, which bound and prohibited from making any more transactions on Piper’s bank accounts, and further prohibited from do anything else with regard to the property in Manhattan that was once Piper’s until the court proceedings were concluded.