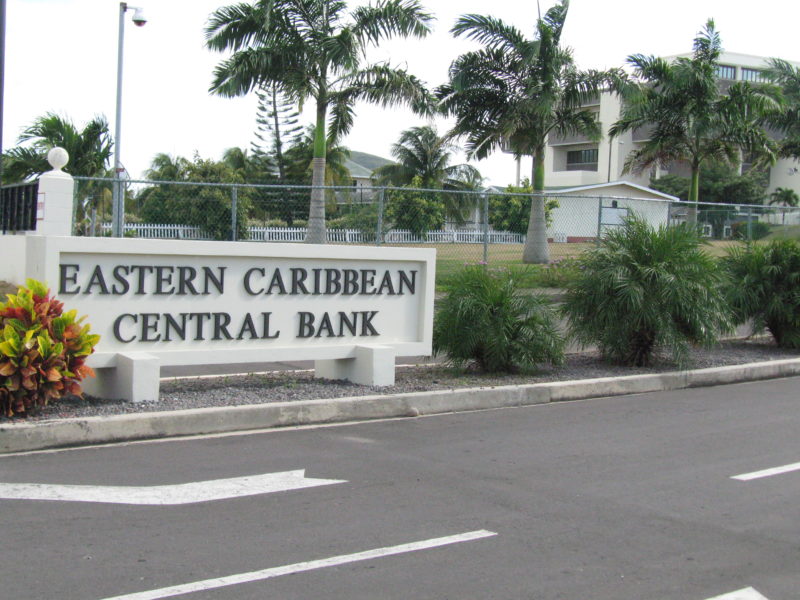 The polymer notes will co-circulate with the currently existing paper notes. Circulation will commence with the new $50 bill in June, followed by the $100, $20 and $10 banknotes in August and September.

Acting Director in the Currency Management Department of the ECCB, Rosbert Humphrey explained that the polymer bank notes are a more durable medium of exchange that are expected to outlast the paper notes.

The polymer notes have an increased number of security features that will reduce their susceptibility to counterfeiting. Mr. Humphrey explained that a tangible feature was also added to make the notes user friendly to the visually impaired.

“The tactile features are some raised bumps on the notes. They form shapes, so that blind and visually impaired persons are able to feel them and know which notes are in their possession.”

“We recognize that in the Eastern Caribbean not many blind and visually impaired persons can read braille so it would be a disadvantage to them if we actually put braille on the banknotes because they won’t recognize what the features are, so we decide to put something that the blind and the visually impaired, and the general public can relate to.”

The ECCB will be the first Central Bank in the Caribbean to issue all notes in polymer material.

Doctors Possibility of Re-Engagement to Service