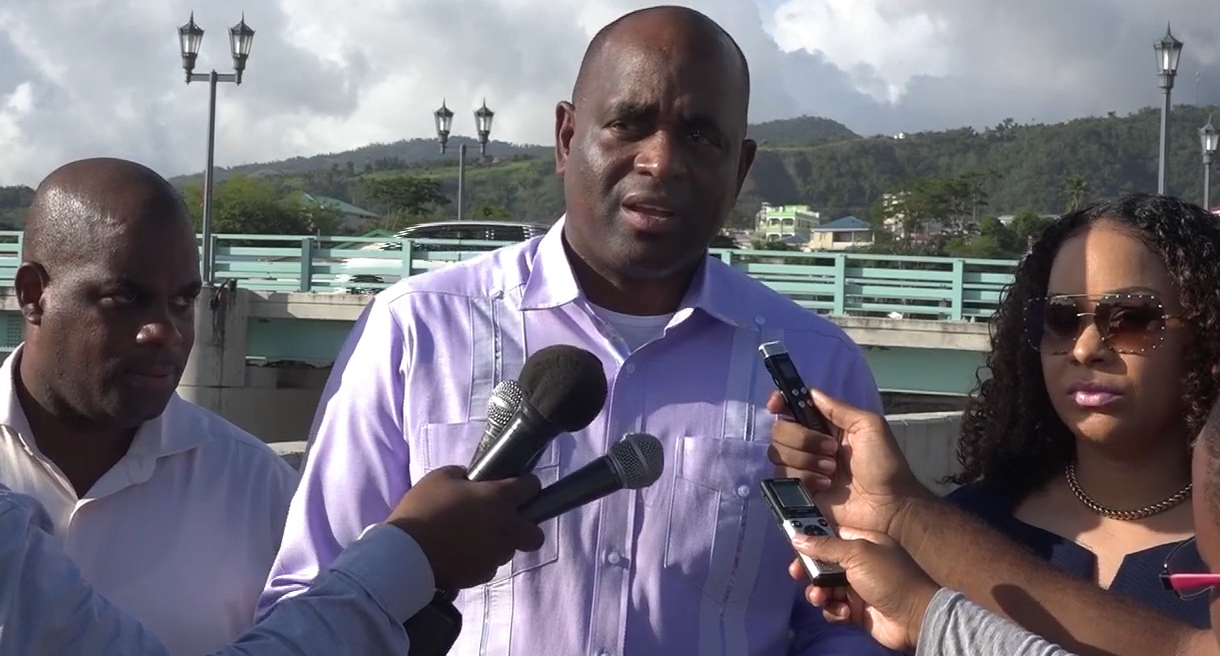 The EC 15 million dollar Roseau river defense wall should be completed by September.

Prime Minister Roosevelt Skerrit led a cabinet visit to the site of construction on Tuesday afternoon.

Mr. Skerrit says the improvement works have been approached on a phased basis.

“We have the beauty of  a river flowing through the city, but that also brings… certain risks,” he said, “and we’re trying to mitigate against those risks.”

He says the project had been in discussion for a few years and “…the intention there is to build some more aesthetically appealing shops and bars so people could vend from these much improved facilities.”

According to the Prime Minister, the promenade is yet another contribution to national resilience, and is one that will encourage family outings and gatherings.

He says housing units will also be built along the riverbank as part of the ongoing development, revealing that plans have already been drawn up. Commercial spaces are to be on the ground floor of the housing units.

Dominica Labour Party candidate for the Roseau Central Constituency Melissa Skerrit, who also formed part of the delegation, says the river promenade will enhance the look of the city. Mrs. Skerrit has high hopes for the development which she says will give the town “more of a city feel.” She believes the area is “going to be a spectacle.”

“Roseau central is a Potpourri of different cultures,” Mrs. Skerrit said, “and I think this would be a great opportunity to have a fusion of all the cultures here – on the promenade.”

Police have also announced that new traffic arrangements are in place due to the ongoing works on the Roseau Defense Wall Project.

DPSU decides on next course of action in ongoing salary negotiations