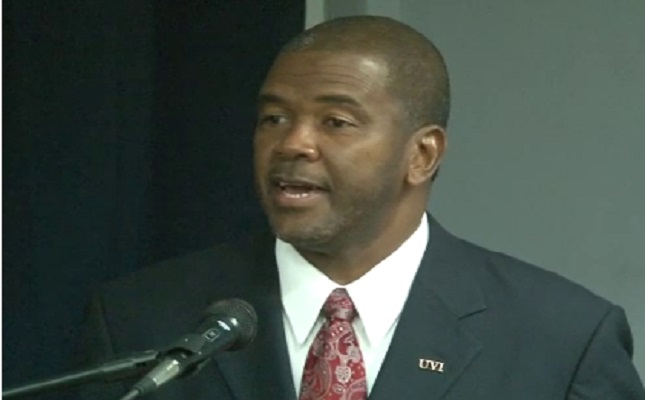 The Dominica State College on Monday officially signed a Memorandum of Understanding with the University of the Virgin Islands.

Haldane Davies, Vice President and Business Development and Innovation Executive Director at the UVI explained the implications of the new arrangement for Dominican students.

He went on that compared to the US$2000 the students received before the MoU was signed, the students now have the opportunity to receive US$6000 off their tuition by the University of the Virgin Islands.

Davies also stated that in addition to the tuition benefits, the schools will embark on joint research projects and also  student and faculty exchange”

He spoke of a smooth transition of the two-plus-two and two-plus-three programs where students who successfully complete two-years at the Dominica State College may transfer to the University of the Virgin Islands and pursue their Bachelor’s Degree.

Davies said that students should meet a certain criteria at the DSC or High School Level. The criteria would either be a High School Diploma  in addition to 5 CXC or GCE subjects for the entry courses or An Advanced Level (A-Level) Certificate at the DSC level.

MPs Debate Next Step For Brexit