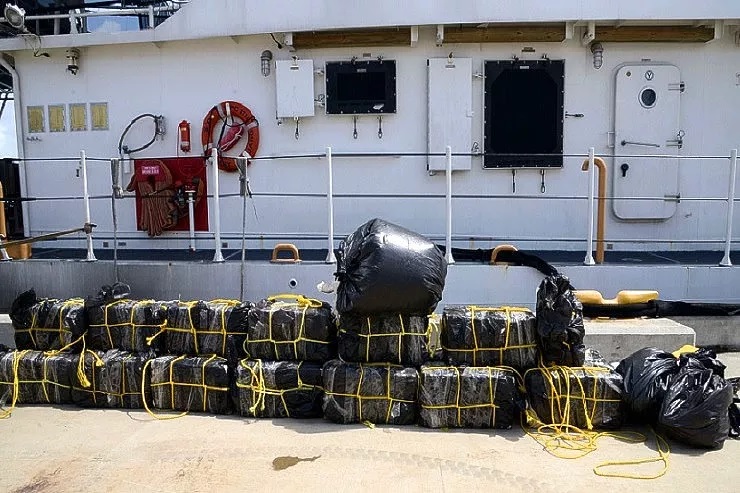 Two smugglers, 491.5 kilogrammes of cocaine and 9.2 kilogrammes of heroin worth an estimated wholesale value of US$13.3 million were held by the US Coast Guard in the Caribbean Sea off Puerto Rico, during a recent inter-agency interdiction by Caribbean Border Inter-agency Group partner agencies.

The Richard Dixon arrived on scene and interdicted the go-fast, detained the suspected smugglers – a US citizen from Puerto Rico and a national of the Dominican Republic – and seized multiple bales of contraband, which tested positive for cocaine.

“This case highlights the unwavering resolve and collective efforts of Coast Guard, federal and local law enforcement partners to strengthen the security of the Nation’s Caribbean border and protect our citizens from drug smuggling that threaten our shores,” said Captain Eric King, Sector San Juan commander with the US Coast Guard.

“This successful interdiction resulted in the detention of two smugglers and kept a major drug shipment off the streets.”

“DEA warns drug traffickers, especially across the Caribbean, that we are hunting them down in an all-year-round open season.”

Dominicans Urged to Have Home Insurance Prior the Upcoming Hurricane Season