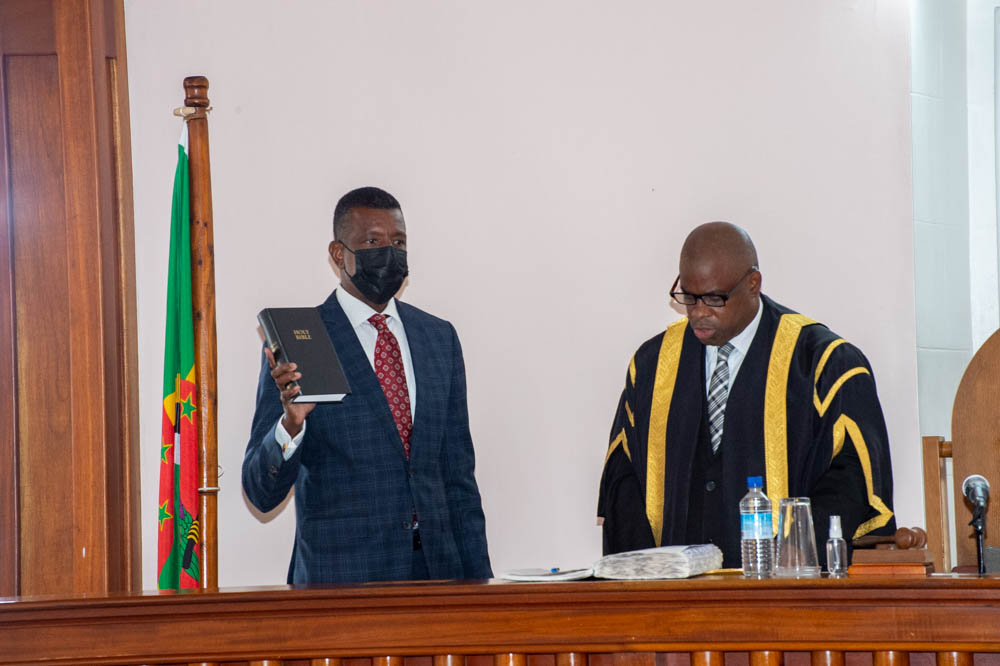 Henderson took his oath at this morning’s meeting of Parliament. He is returning to the Government side as a member of parliament, after having served two terms from 2000 to 2009, as a member for the St Joseph constituency.

During his initial term in office, he held the portfolios of Minister for Housing and Physical Planning; Minister for Agriculture and the Environment; Minister for Education, Human Resource Development, Sports and Youth Affairs; and Minister for Foreign Affairs, Immigration, and Labour.

He has also served as the Ambassador to the United Nations and OAS and the country’s geothermal consultant.  In his acceptance speech at today’s session of Parliament, Henderson says he did not imagine returning to serve as a parliamentary representative.

Dr. Henderson told Kairi News outside of Parliament that he is happy to be back in parliament to serve not just Grand Bay, but help build a Dynamic Dominica.

He says his preoccupation is to implement a comprehensive development plan for Grand Bay constituency.

DDA Zeroes In On Attracting Visitors From Trinidad And Tobago

Working Group of Dominican Entertainers To Be Established