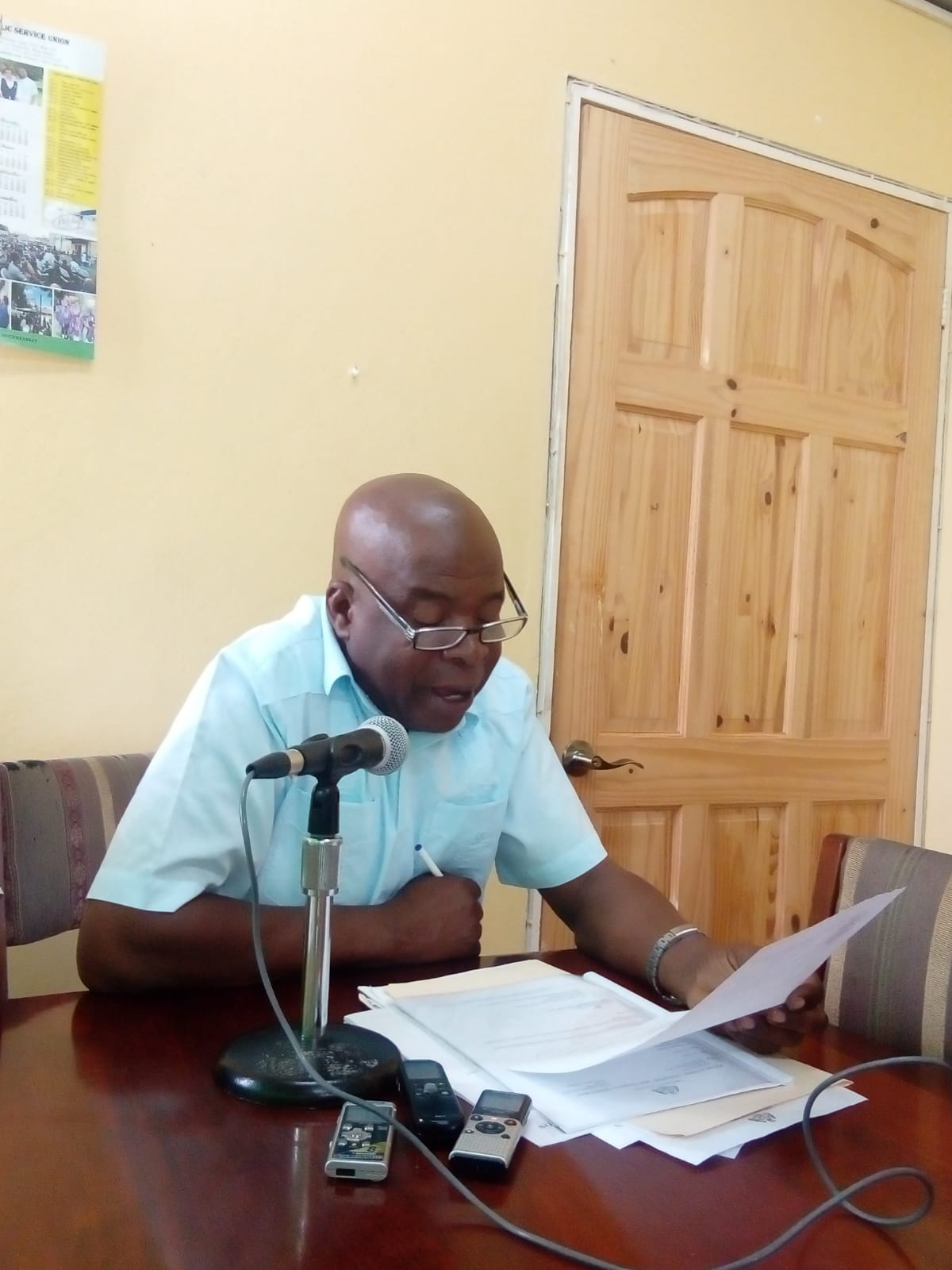 The Dominica Public Service Union (DPSU) is remaining tightlipped on its next course of action in ongoing salary negotiations with Government.

At a press conference on Monday morning, General Secretary of the Public Service Union, Thomas Letang, revealed that Government has NOT agreed to the DPSU’s proposal for a salary increase for Public Officers.

Letang said the union received a proposal from Government on June 19 concerning ongoing requests, one it considers disrespectful and lacking in substance.

He said the union has decided on a course of action, which will not be disclosed to the public.

“There has not been any further development,” Letang said, ” we have not heard from the Government, and negotiations have not commenced.”The executive and the general membership have agreed as to how we proceed from where we are, but for various reasons which we will not disclose at this time, we have delayed our action… a planned course of action that we’ll be embarking on, to force the Government to come to the table and to negotiate, and not only to negotiate, but to come with a proposal that makes sense.”

Letang says Government is NOT offering a salary increase to Public Officers, a response that the DPSU refuses to accept.

“The Government is saying that they have had some social programs… and…what they are saying… is that they would be reviewing allowances that’s being paid to Public Officers, and the intention would be where possible to merge the allowances with salaries… Government is employing delay tactics in not commencing negotiation,” Letang told reporters.

EC 15 Million Dollar Defense Wall to be Completed by September