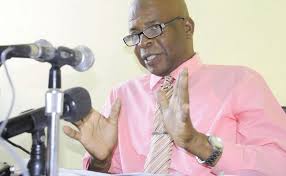 General Secretary of the DPSU Thomas Letang tells Kairi News a proposal is expected from the Dominica Air and Sea Port Authority (DASPA), while the Dominica Social Security and the Union are also close to finalizing terms.

Meantime following a meeting with Government’s negotiating team, a proposal is expected soon.

Letang says word from the Government team is overdue and the DPSU will be following up by the end of the week.